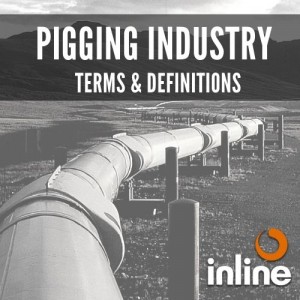 If you are a pigging industry veteran, you already know that pipeline pigging is more of an art, than a science.  You also know that like any other industry, it has its own language. Learning to speak “Pigging” isn’t easy, but if you decide you want to make this industry your home, or just want to “dip your toe” to see if it’s a good fit, learning some basic terms will make exploring the world of pipeline pigging much easier.  Happy Learning!

Batching Pigs: A utility pig that forms a moving seal in a pipeline to separate liquid from gas media, or to separate two different products being transported in the pipeline.  The most-common configuration of batching pigs are cup pigs and sphere pigs.

Bellhole: An excavation in a local area to permit a survey, inspection, maintenance, repair, or replacement of pipe section.

Calibration Digs: Exploratory excavations, or bellholes, of portions of the pipeline in which an in-line inspection tool has recorded an indication.

Camera Pig: A configuration pig that carries a video of film camera and light sources for photographing the inside surface of a pipe on an intermittent or continuous basis.

Cleaning Pig: A utility pig that uses cups, scrapers, or brushes, to remove dirt, rust, mill scale, or other foreign matter from the pipeline.  Cleaning pigs are run to increase the operating efficiency of a pipeline or to facilitate inspection of the pipeline.

Configuration Pig: An instrumented pig that collects data relating to the inner contour of a pipe wall or of the pipeline.  Geometry pigs, camera pigs, and mapping pigs are types of configuration pigs.

Corrosion: The various types of corrosion are defined below:

Cracks: The three types of cracks are defined below:

Cup Pig: A utility pig that is supported and driven by cups made of a resilient material such as neoprene or polyurethane.  At least one of the cups forms a piston-like seal inside the pipe. Click here to learn more about our Uni-Cup® pig.

Dent: A local depression in the pipe surface caused by mechanical damage that produces a gross disturbance in the curvature of the pipe without reducing the pipe wall thickness.  The depth of a dent is measured as a gap between the lowest pint of the dent and a prolongation of the original contour of the pipe.

Disbonded: Any loss of bond between the protective coating and steel pipe as a result of coating adhesion failure, chemical attack, mechanical damage, hydrogen concentrations, etc.

Erosion: Destruction or removal of material by abrasive action of moving fluids (or gases), usually accelerated by the presence of solid particles or matter in suspension.

Gauging Pig:  A utility pig that is permanently deformable by obstructions in the pipeline and thus, upon retrieval from the line, provides evidence of the worst-case obstruction in a given pipeline segment. Click here to read an article on our blog about Gauging Pigs.

Gel Pig:  A utility pig that i