Congratulations to Devin McClain for His Promotion to Inline Shipping Manager!

Inline would like to introduce our new Shipping Manager, Devin McClain.  Devin joined Inline Services as our shipping coordinator in 2016 after spending some time in the HVAC repair industry.  We are so glad he decided to make a career change and come to Inline!  Since his arrival, Devin has worked his way up the ranks to Shipping Manager this December. Inline’s former Logistics Manager, Marcus Walden, was proud to “pass the torch”.   When asked about Devin’s promotion, Marcus commented, “Devin is definitely ready for this opportunity, he has worked hard for it, and I am extremely happy for him.”

When asked what he was most looking forward to in his new role, Devin replied, “I am excited for the opportunity to mold the department into my vision.  Being a Manager allows me to drive change, optimize procedures, and make key decisions.  The promotion comes with a lot of responsibility, but I have an excellent warehouse team behind me and with their support, we can do great things.  There is so much opportunity at Inline, look forward to adding value and continuing to grow with the company.”

So, what does Devin McClain do in his spare time?  MMA training! Devin has been training in Martial Arts since he was five years old.  After a brief training sabbatical while focusing on Fatherhood, Devin took advantage of Inline’s Planet Fitness corporate membership program, got back into the gym and started training on a regular basis.  When asked about the importance physical fitness in his daily routine, Devin said, “Physical fitness is very important to me.  Working out  and training regularly gives me the energy and mental focus to be at my best at home and at work,  most importantly I am setting a healthy example for my son and daughter.”

Please join us in congratulating Devin on his promotion and wishing him well on his exciting new journey as Shipping Manager for Inline!

Favorite Quote: “A vision without action is merely a dream.” ~ Kevin Gates 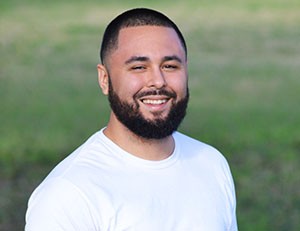